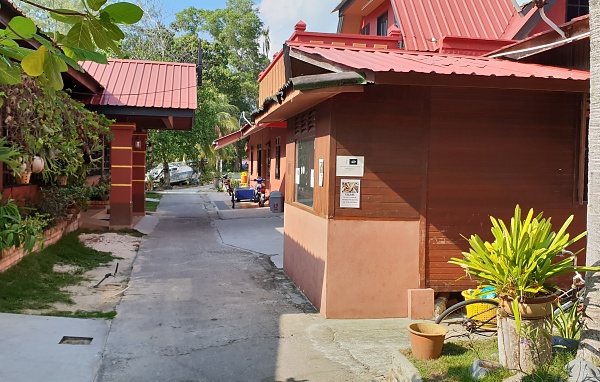 Air Batang, or Ayer Batang, or just ABC Village as it's better known, is one of the fairly slow-paced villages along the west coast of Pulau Tioman. ABC is located directly north of Kampong Tekek and south of Salang. ABC is the second-last stop on the ferry run from Mersing.

That said, quite a few chalets at ABC have upgraded their accommodations with air-con rooms in recent years and this is giving ABC a bit more stature and comfort than perhaps it was known for in the past.

The atmosphere ABC exudes is still one of laid-back stoning around the pleasant outback and easy hanging out. Or, as the locals say, "Lepaklah".

For the more activity-inclined, go for a snorkel at ABC's Coral bay, because the sea is crystal-clear here. And then follow this up by having a tall cool one while taking in the gorgeous sunset.